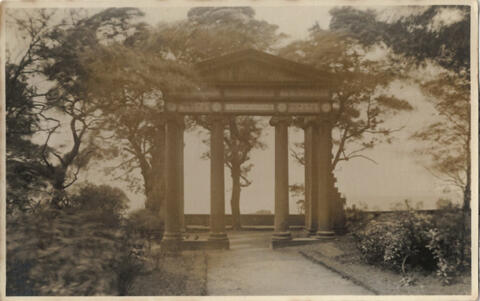 Queenswood House was purpose-built in 1910-12 as accommodation for the Principal of the City of Leeds Training College, its first occupant was Walter Parsons. From 2004 to 2010 the house was used as living and guest accommodation by Prof. Simon Lee, the then Vice-Chancellor.
Several items of historical interest, mainly concerning the predecessor colleges of the University, were found in Queenswood House. Anecdotally, collected during the tenure of Professor Simon Lee. The former Principals' House was used as guest accommodation for visitors to the University. This item formed part of a display of items associated with the history of the University. The provenance of this ephemera collection is not known for certain. Believed to be a duplicate set retained by the college while the bulk of records were taken elsewhere, these have now been deposited at the West Yorkshire Archive Service, Leeds.